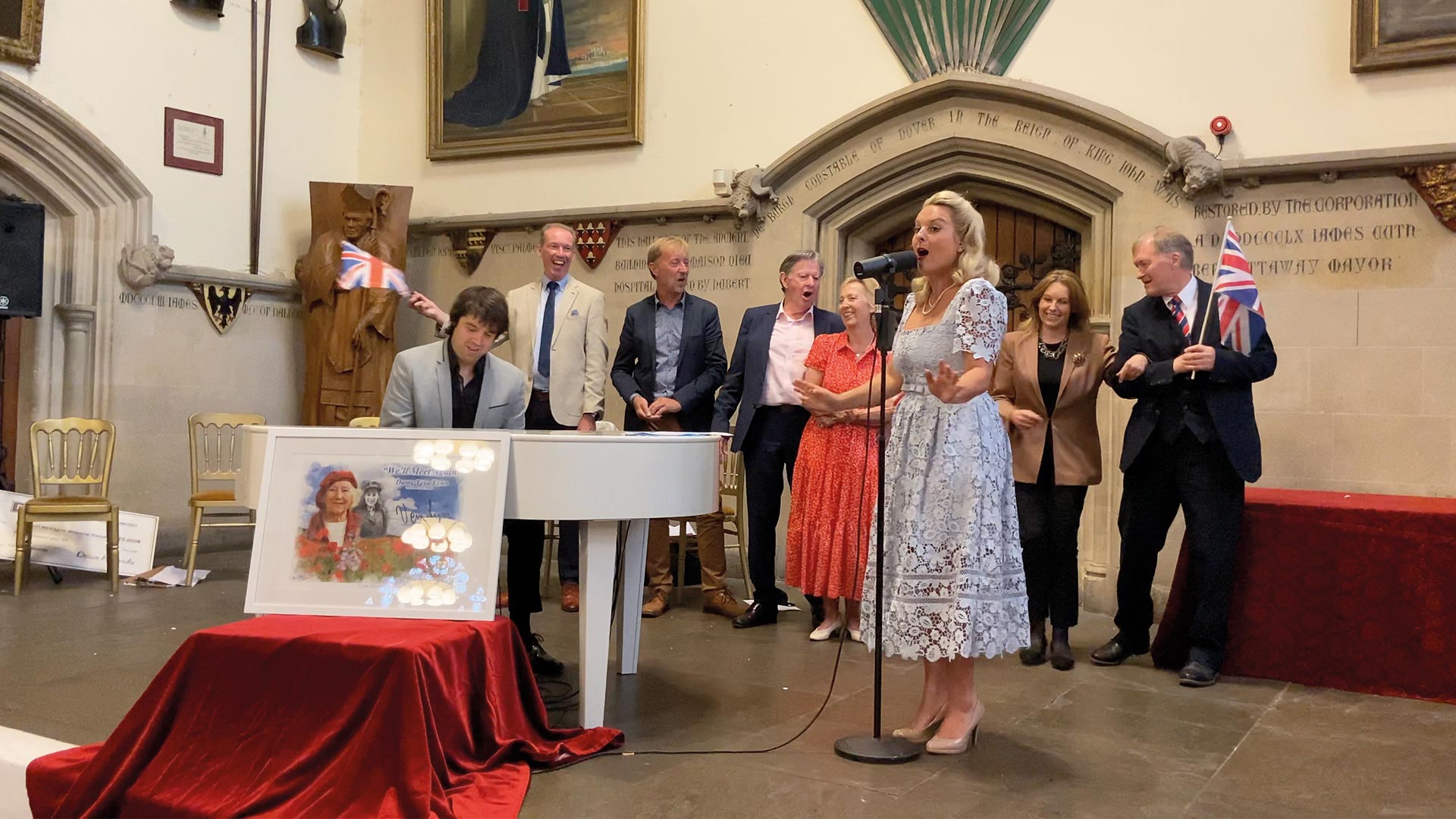 On the first anniversary of her passing on Friday 18th June, a fundraising appeal for a permanent memorial statue honouring Dame Vera Lynn was launched.

In total, £3m is needed to create the memorial which will be erected in a special place on the Western Heights of the famous white cliffs of Dover and is intended to serve as a reminder of Dame Vera’s enduring legacy for future generations.

The singer’s daughter, Virginia Lewis-Jones said: “There was a real sense of community as we gathered on the white cliffs, which my mother always loved so dearly as they were the first and last piece of home the ‘boys’ would see during WW2. That is why we believe the cliffs are the perfect place for her memorial.”

The nostalgic event, paid a joyous tribute to Dame Vera’s enduring legacy. Alongside touching speeches from her daughter, her son-in-law, Tom Jones and Sir David, singer Katie Ashby performed ‘The White Cliffs of Dover’ and “Irreplaceable”, a song written by Dame Vera’s friend Vicki Lee. The meaningful song has now been released to raise funds for the Memorial Statue and can be downloaded via Amazon or iTunes

Ashby stated: “The song Irreplaceable perfectly describes how we all feel about Dame Vera and it unites the world in our love and appreciation for her. The singer also referred to “The White Cliffs Of Dover” as holding a very special place in her heart.

“The song represents the beacon of hope and light Dame Vera was, and still is today, for so many people.”

Decca Records, who released Dame Vera’s music for decades, kick-started the appeal with a £10,000 cheque.  The fundraising appeal for the Dame Vera Lynn Memorial Statue has already been supported by a long list of musical and show business luminaries, including Joanna Lumley, Michael Ball, Sir Tim Rice and Sir Paul McCartney.