Katie began performing at a very early age in her home county of Yorkshire and proceeded to gain a wealth of experience in the industry working with many household names.  Katie was drawn to music of the bygone years and had a passion and love for those eras but the music of Dame Vera Lynn and the wartime era has always been her first love, so much so, Katie wanted to build a career honouring and preserving the music and memories of that time and The D-Day Darlings were born.

With Katie’s determined spirit, the group went from strength to strength, forming strong links with the military, The Royal British Legion and Dame Vera Lynn.  In 2018, the centenary commemorations, the group reached the live finals of Britain’s Got Talent and subsequently a two album record deal with Sony Music followed. The D-Day Darlings achieved a top five position with their VE Day Celebration edition album in 2020!

Katie is no stranger to charity work, raising thousands of pounds in funds and awareness of the Royal British Legion for over a decade. Katie was invited by Dame Vera Lynn for afternoon tea  and became even more inspired to continue her music and legacy, and began writing music in her honour. “I’ll never forget that special day, her warm smile and genuine kindness. The wartime singing lesson she gave me inspired me forever and I will always remember everything she taught me’

“There are no words to describe the pride I feel being able to record and perform these beautiful songs in honour of my biggest inspiration.  The song “Irreplaceable”, chosen by Susan Fleet, one of Dame Vera Lynn’s best friends, as the official song of the memorial trust, perfectly describes how we all feel about Dame Vera and, being written by Dame Vera’s friend Vicki Lee from New Zealand, it unites the world in our love and appreciation for her. The “White Cliffs Of Dover” has a very special place in my heart. The song represents the beacon of hope and light Dame Vera was and still is today for so many people. The statue of Dame Vera on the white cliffs is the perfect home for her. It will give the world a place to pay their respects and remember the remarkable legacy she has left behind.

Working with the incredible pianist Dominic Ferris, has been a wonderful experience. It has always been a dream of mine to perform these timeless songs with piano accompaniment, to allow the beautiful melodies and heartfelt lyrics to shine through with simplicity, and to be accompanied by such a master musician on a stunning Steinway is a dream come true. Singing these songs, on the 1st anniversary of her passing will be a breathtaking moment for me; I will sing with thanks and gratitude and Dame Vera fully in my heart as always”

Dominic’s collaborations with the Royal Philharmonic Orchestra have sold over 3 million albums worldwide. He has performed on and provided orchestrations for six top ten albums since 2015, all recorded at Abbey Road Studios, and recently worked with Michael Ball on his latest release Coming Home To You, reaching No.1 in the UK album chart.

Dominic joined the Royal Philharmonic Concert Orchestra as assistant musical director and pianist for the Elvis Presley: If I Can Dream UK arena tour and Memphis Symphony Orchestra for the USA anniversary tour, finishing with a performance at Graceland with Priscilla Presley for the Elvis 40th Anniversary Celebrations.

Dominic regularly tours around the world with his piano duo The Piano Brothers. Endorsed by Steinway & Sons, The Piano Brothers (Dominic Ferris and Elwin Hendrijanto) are a cutting edge live act creating their own arrangements for two pianos. Their recent collaboration with the London Symphony Orchestra will see a new album release in October.

Dominic is also one half of musical theatre double act Ferris & Milnes. The duo have become known for their mashup medleys including “33 Sondheim Numbers in 5 Minutes”, which they premiered at Theatre Royal, Drury Lane in Stephen Sondheim’s 85th Birthday Gala. They performed their debut West End show at Ambassadors Theatre and recently premiered “30 Gershwin Numbers in Under 6 Minutes”, at the Lincoln Center in New York. 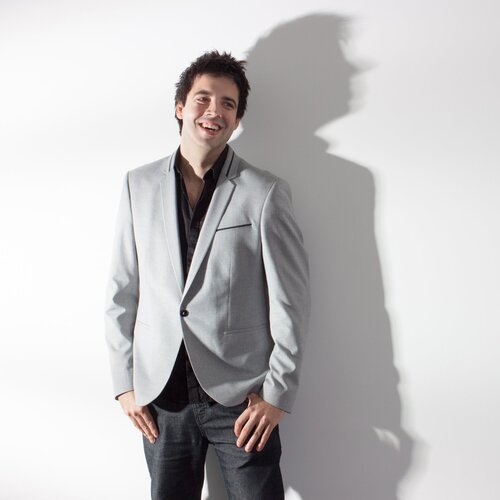 “Dame Vera is a beacon of light that gave hope to so many during dark times. Her music has a magic and warmth and therefore it was paramount that we approached these new recordings in the spirit that Dame Vera would have wanted. It has been a joy to collaborate with singer Katie Ashby on this project; I have never heard anyone interpret Dame Vera’s music in the way that Katie does. She sings from the soul! Whilst recording the piano tracks I put a photo of Dame Vera up on the piano – I’m sure her spirit was with us that day to witness the beautiful lyrics of Vicki Lee’s ballad “Irreplaceable” – the perfect tribute to a wonderful lady.”